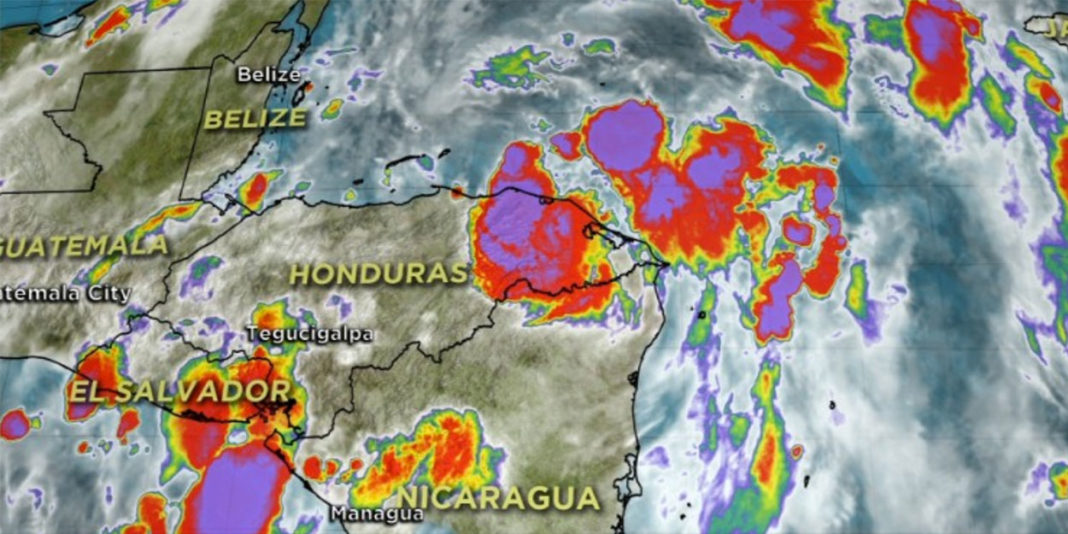 A state of emergency is in place in the Central American nations of Costa Rica, Nicaragua and and Honduras, where 22 people have been killed and another 20 people are missing due to Tropical Storm Nate which hit on Thursday. The storm caused heavy rain, landslides and floods which have cut off roads, broken bridges and damaged homes and buildings.

In Nicaragua 11 people have died, seven others are missing and thousands have had to leave their homes due to flooding. In Costa Rica, eight people have died, including two children. Another 17 people are missing, while thousands more are taking shelter. In Honduras, two young people have drowned and a man was killed in a mudslide. One other person is missing.

The tropical storm is on a path towards the US Gulf Coast where it is expected to strengthen to a hurricane and potentially make landfall near New Orleans. Several offshore oil rigs in the Gulf of Mexico, including Chevron, BP plc, Exxon Mobil Corp, Royal Dutch Shell Plc and Statoil had shut production or were withdrawing personnel from their offshore Gulf platforms, they said.

A state of emergency was declared by Louisiana’s Governor, John Bel Edwards, who has sent National Guard troops to New Orleans to monitor the fragile pumping system that struggled during flash floods in heavy August rainstorms and several hundred properties damaged by floods. 12 of the city’s 120 drainage pumps were out of service on Thursday morning for repairs or maintenance, according to the city-owned Sewerage & Water Board.

“We’ve had a number of threats this hurricane season, and we’ve been blessed when Harvey went left and Irma went right. That is not what we anticipate out of Nate, so everyone should take this very seriously,” Gov. Edwards said.

New Orleans residents have been warned to stay put over the weekend, which is when Nate is predicted to hit.