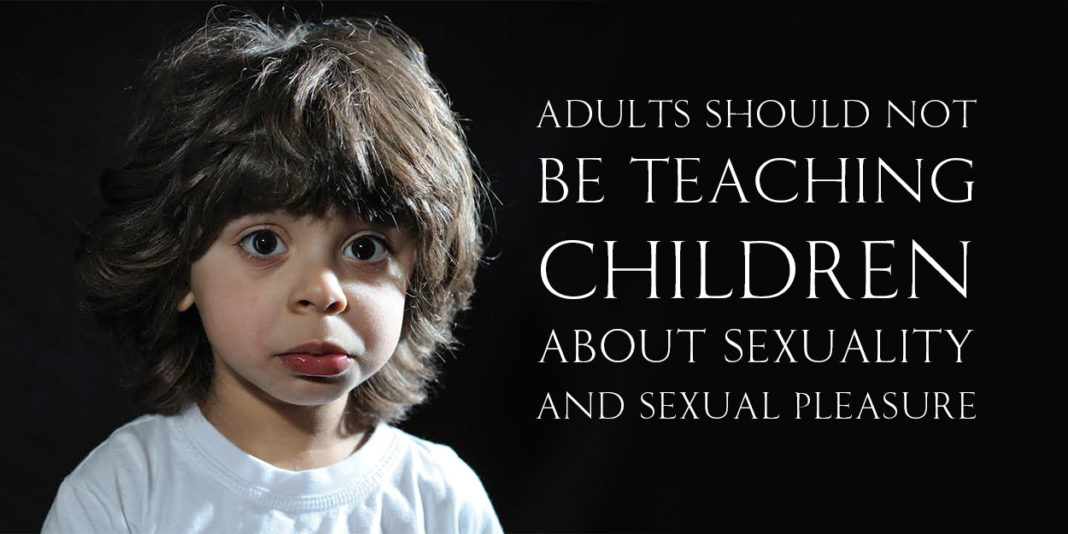 In France, recent disturbing developments in the area of ‘sex education’ have caused a group of professionals to speak out. New classes which will be rolled out in primary and secondary school throughout France at the start of the new school year (October 2017) have been labelled as dangerous, intrusive and harmful to the development of young children.

The group, led by Dr. Maurice Berger, and consisting of child psychologists, child psychiatrists and other professionals who work with children, have loudly and publicly expressed their concern about this new move and have begun a public petition urging parents and all concerned to act to stop what they feel is a “dangerous intrusion” into the innocent minds of young children. They are “alarmed” at the French government’s plans to introduce education about “sexuality and sexual pleasure” for children as young as 4 years old.

These men and women are speaking out from a purely professional, and not a faith-based, standpoint and have said unequivocally that they believe that “sexuality education” and education about “sexual pleasure” constitute a real danger to child development. The material for these classes is based on international texts supported by the WHO, family planning associations and the UN, but despite this the experts say it is harmful for children under the age of 15.

Dr Berger and his group continue to welcome “sex education” in schools which covers the prevention of STDs and early pregnancy, contraception, discrimination etc. and which has been taught to children from as early as grade 7 or 8 (13-14 year olds) for many years already. But they have denounced this new move into “sexuality education” because they believe that it is harmful for children to be “awakened physically or mentally” to things that they are not even old enough to ask questions about.

For Dr Berger, this paradigm shift is a very serious one, which will have traumatic effects on a child’s growth. He says that we are ignoring the maturity of the child, what they are able to handle, as well as igniting something in them that was never there in the first place. Instead we should respect a child’s innocence and privacy and allow them to ask these questions when they are ready to.

Dr. Berger has gone so far as to compare this new move to a type of government control similar to those used by fascist states, because parents have no say in whether their children can take part in the studies or not. And what is worse is that there is no mention in the literature of a “legal age” but instead it states that “sexual activity depends on the individual maturity of the child”, which opens a dangerous door to pedophilia.

The group also denounce the teaching of  gender ideology which they say has no scientific basis. Gender theory claims that male or female is a social construct which should be removed so that children are free to choose who they want to be.

The group have started a petition on their website, and have asked for the following 5 measures to be put in place:

This article was translated and compiled from an article originally published (in French) on Info Chrétienne.