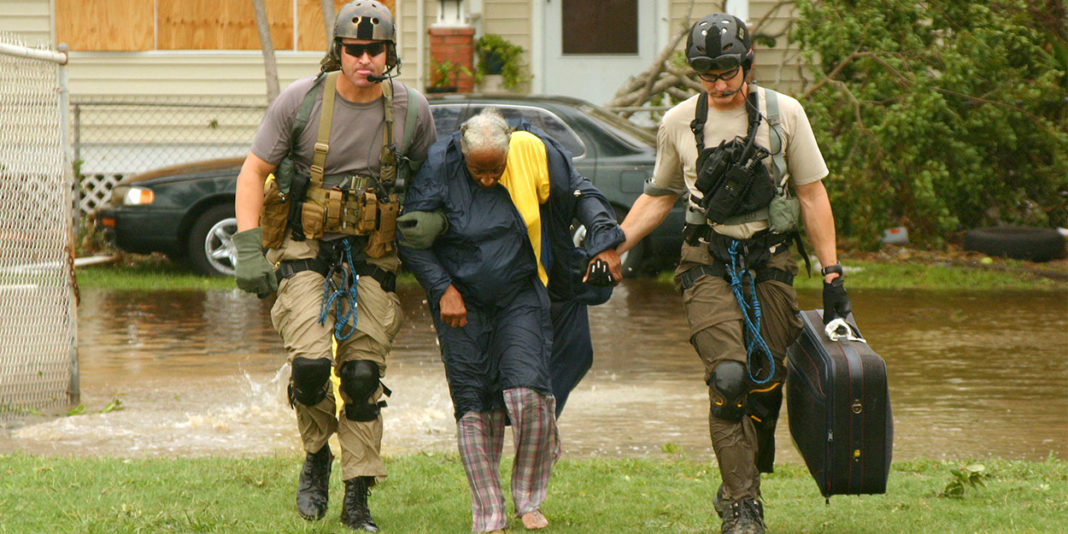 A few hours ago I was on the phone with a friend in Las Vegas. He and his neighbors had just lived through, and will be living through for some time, the trauma of seeing in their own city the worst mass shooting in modern American history. I reflected after that conversation what my friend, a strong Christian and a respected leader, would say when asked by those around him, “Where was God in all of this?” He will have a word for his community, but for many Christians, when disaster or great evil strikes, this is a hard question to answer. Maybe that’s you.

The first thing we must do in the aftermath of this sort of horror is to make sure that we do not take the name of God in vain. After a natural disaster or an act of terror, one will always find someone, often claiming the mantle of Christianity, opining about how this moment was God’s judgment on an individual or a city or a nation for some specified sin. Jesus told us specifically not to do this, after his disciples asked whether a man’s blindness was the result of his or his parents’ sin. Jesus said no to both (John 9:1-12). Those self-appointed prophets who would blame the victims for what befalls them are just that, self-appointed. We should listen to Jesus and to his apostles, not to them. Those killed in a terror attack or in a tsunami or in an epidemic are not more sinful than all of the rest of us.