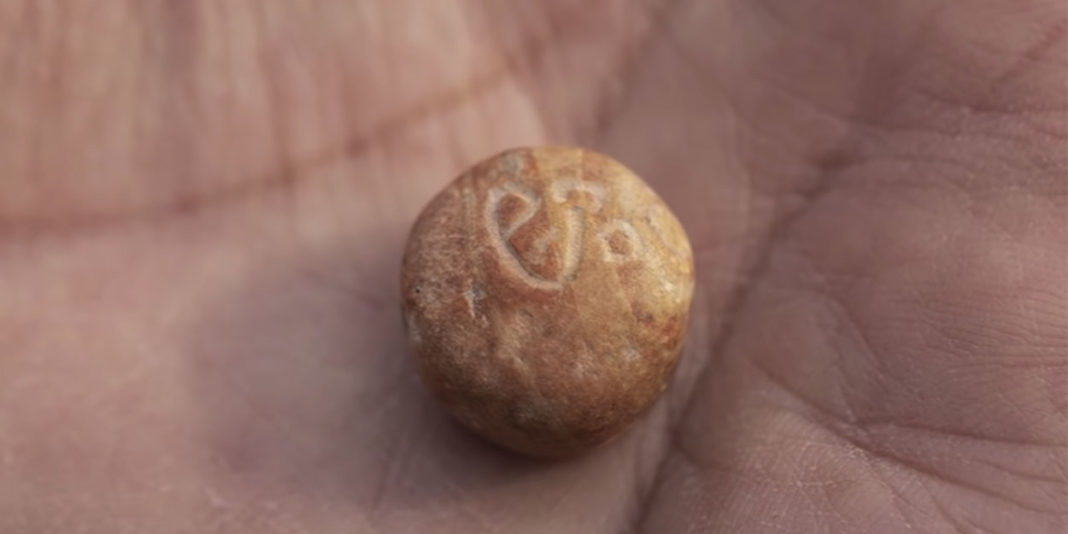 JERUSALEM, Israel – During the sifting of archaeological soil in the Emek Tzurim National Park, a tiny stone weight engraved with ancient Hebrew letters spelling the word Beka was unearthed.

The weight, which dates back to the First Temple period, was found in archaeological soil originating from the foot of Robinson’s Arch at the Western Wall, just north of the City of David. The soil was transferred from the excavation area to the sifting site in the Emek Tzurim National Park for careful sorting, during which the weight was uncovered.