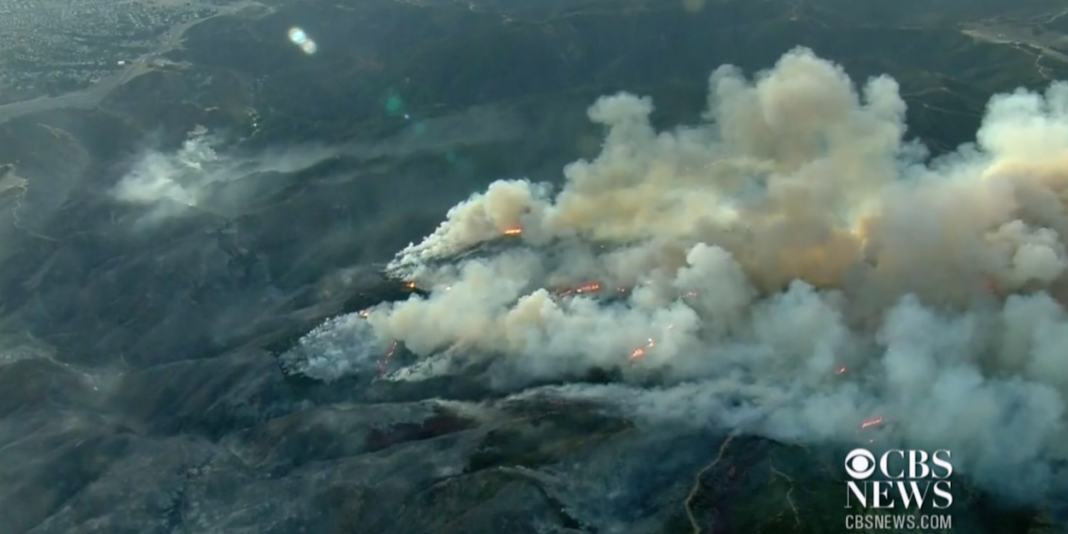 Firefighters were still out in force Wednesday, dealing with flare-ups and investigating smoke in Cole Canyon where the largest of several wildfires was burning in California on Monday.

The 2,000 acres Canyon Fire has affected Orange and Riverside County communities, and caused an evacuation of 1000 residents from their homes on Monday.

1,500 firefighters struggled to bring the Canyon Fire under control as it picked up on Tuesday as a result of high winds. On Tuesday night helicopters dropped water and ground crews worked with more favorable weather conditions to slow the fire. On Wednesday, residents were allowed to return home, some roads were reopened and about 20% of the fire was under control.

Some residents returned to find roofs burned and smoke damage as they had not been prepared for the “tragic wind shift” the brought the blaze too close to home.

“It was far away, then suddenly it leaped toward us, and boy, we knew what we had to do,” said one resident, who had taken refuge at the evacuation center opened at Corona High School.

The fire made it’s way down hillsides before it was blocked by the shoulder of State Route 91, which acted as a fire break. Because of the fire, some lanes were closed, and traffic was backed up for several miles causing traffic delays throughout the morning. 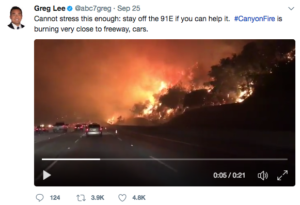 “There is no more increase in the size of the fire as of today… A lot of people don’t know what’s happened in their homes… We will still have crews constantly patrolling those neighborhoods.”

Although not as big as other fires this year, the Canyon fire was particularly dangerous because it occurred close to a populated area. There have been no injuries reported so far and firefighters are still trying to find out what caused the fire.

Residents remain nervous after this stark reminder that Southern California’s fire season is just beginning to reach its peak. October is usually when hot Santa Ana winds quickly spread brush fires, with autumn being the time when the most destructive fires occur.